I mentioned in one of my earlier posts that 2016 was not a good year for me. I didn’t get into details in Why I’m Not (Insert Goal Here) Yet… because I felt they would distract from the point of that post. But I think now is as good a time as any to go over what happened in my life that year.

I believe everyone has their highs and lows. Life is a rollercoaster, not a flat highway, and anyone who claims different is lying to themselves. For me, 2016 started in a low not caused by anything concrete or tangible, but simply because life can become tedious and wearying. I am a very independent person, but at times I do get lonely. Most of my friends who share my interests and hobbies don’t live in my immediate area, so I often find myself doing things alone. Unfortunately, this truth left me depressed during the winter of 2016.

Now I’m not a suicidal person even during my lowest lows. As someone who believes in an afterlife, I don’t feel that something such as loneliness is going to change whether or not my soul is encased by flesh and bone. But sometimes when I am lonely, I feel like I’m not needed here and start wishing that I could move on from this life. It was during a week when these thoughts were prevalent in my mind that I crashed one of our John Deere Gators into a tree at work. And it pissed me off!

Had the tree not been there, I would have ended up going over a steep hillside and no doubt in the hospital or actually dead. That’s not what pissed me off. It was the fact that I had two passengers with me when the accident happened, and I felt like the universe had just tried to bitch-slap some sense into me. If there is one thing that will always spark my anger, it’s when the people around me get caught up in the negative crossfire created by my desire to change my circumstances.

What hurt after this incident, however, was the apathy of my friends and family to the accident. They treated it like business as usual even though I had stitches and a badly swollen lip from bashing my face off the steering wheel of the Gator. Granted, they’ve never seen the hillside, and pictures don’t do it justice. But it still felt like they didn’t care about how bad things could have been. The one good thing to come out of the situation, though, was that my anger over the incident burned away most of my depression.

Winter thawed into spring and then turned into early summer. That’s when the second incident of 2016 happened. We had two dogs at the time, a nine-year-old black lab and a fourteen-year-old English setter. Both were retired hunting dogs, the setter having slowed down in her advanced years and the black lab dealing with arthritis as a result of Lyme disease. Despite their health issues, both were happy, constant companions. But in June, the lab died unexpectedly from what we believe was a heart attack. The setter died less than a month later after struggling with an open sore that refused to heal.

For the first time since I was nine years old, there was no dog in the house, and that was difficult. Although the lab died suddenly, losing our setter was harder in a way. Dying two weeks short of her fifteenth birthday, she had been a family member since my high school days, and with her death, I lost a significant connection to my lingering childhood. 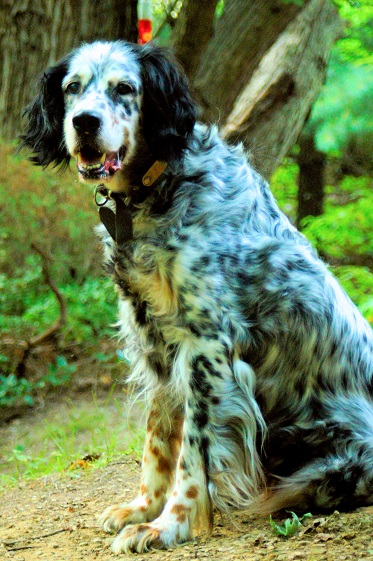 The final blow that 2016 brought to my life came a week after we buried our setter. One of my friends and mentors at work had taken another job and left his responsibilities to me. And I was only told about it the afternoon before his last day at our office. Now for most people, this wouldn’t seem like such a big deal, especially since his new job requires him to work with our office from time to time. But the way the situation unraveled made it feel like a betrayal as well as left me in a moral conflict. (I later gave up his job position in order to solve my moral conflict, but that’s a topic for another time.)

I’ve had a lot of mentors walk out of my life. Some were harder to see go than others. Many made promises to keep in touch, but the lines of communication never lasted all that long. My work friend made the same promises, which he kept at first, guiding me through the duties that he had left in my hands. But every phone call and email felt as if I was talking to a ghost, and I had no way of convincing him he was dead. Eventually I wouldn’t need to contact him with questions, and neither would he need my help anymore. At that point, I knew regular communications would cease. It took exactly five and a half months and left me right back where I had started 2016, depressed and lonely and feeling useless.

Sometime in the spring of 2017, I started watching Supernatural and became a fan. I credit the show with helping to pull me out of my lingering depression. It jumpstarted my creativity again and gave me the desire to return to writing and working on other projects which I had abandoned in the wake of 2016. As I explained in that earlier blog post, it’s been slow-going getting back into those endeavors, but I’m getting there.

It also helps that we have a new dog now. We had planned to get her even before the previous two died, hoping the black lab could help teach her the ways of hunting, just as a previous lab had taught our setter. Unfortunately that never came to pass. But our new girl is doing fine on her own, although she is becoming one spoiled little brat. She is much loved.

P.S. You can now look me up on Twitter! @HLHumbert

2 thoughts on “The Journey to Here”